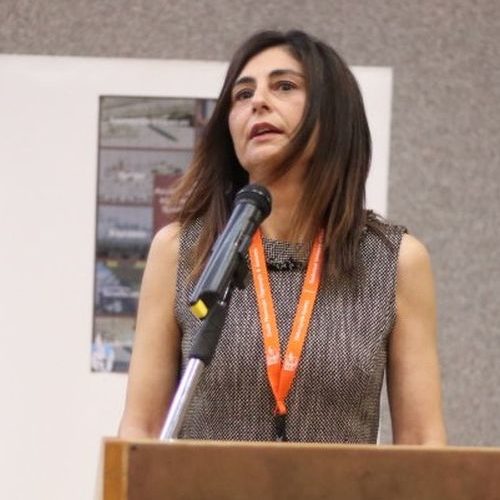 MARIA THEODOULIDOU is Group Finance Director Controlling and Planning in the listed at the Athens Stock Exchange FOURLIS GROUP of Companies since 2009. Earlier she was Chief Audit Executive (2000–2008) in the same Group. She worked in KPMG Advisory (1996 – 2000) as a Manager and in 01 PLIROFORIKI (1993-1995) as a Project Manager. She holds an M.Sc. in Operations Management from University of Manchester (1993) and an Eng in Industrial Engineering & Management from Technical University of Crete (1991). She is a Certified Information Systems Auditor (CISA) since 2009 and also holds a Certification in Control Self- Assessment (CCSA), in Internal Audit (CIA) and in Environmental and Quality Assurance Audit. She is a member of the Technical Chamber of Greece, of the Hellenic Institute of Internal Auditors and of Information Systems Auditors, of the Corporate Governance Committee of the American Chamber of Greece, of SEV Tax Team and of NED Club in Greece. She participated in the working groups and BoD meetings of the Hellenic Corporate Governance Council (2012-2017) and was a member of the team that prepared the first and second edition of the Greek Corporate Governance Code (2010-2011, 2012-2013) and the first edition of the Greek Non Listed Companies Corporate Governance Best Practices (2015-2016). She actively supports the Youth Professional Solidarity Act-TLO by coordinating relating actions im cooperation with the Technical University of Crete since 2016 (www.act-tlo.gr).