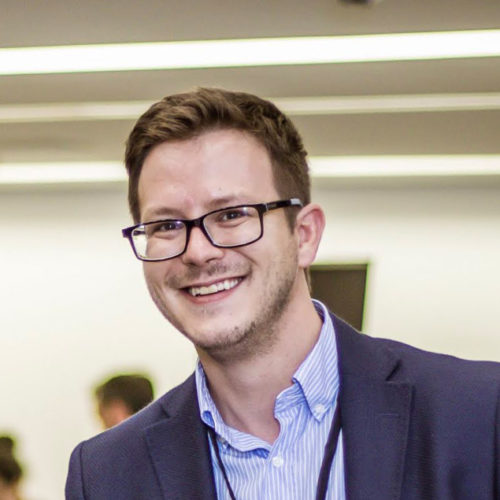 George has a strong presence in the ICT & Project Management ecosystem, serving for more than 10 years in high and C-level positions both in the private and public sector.
He is currently the co-founder and CTO/CIO of Crowdpolicy, which specializes in the design, development and implementation of CrowdSourcing and CrowdFunding initiatives and platforms, bridging the gap between organizations and the crowd.
He has been involved in a wide range of organizations, institutions and startups in Greece and abroad. During 2009-2012, George has coordinated the implementation of Major Transparency (Clarity,diavgeia.gov.gr/en), e­-government and other projects for the Greek Government. He was member of the Scientific Committee for the Crowdsourcing Platform “labs.opengov” and the Organizational Committee for the Digital Greece 2020 EU Agenda and scientific advisor of GFOSS (Greek Free / Open Source Software Society). He was member of the board at the Internet Investors Association. Also, he was Scientific Advisor of the “Information Society and the Knowledge ­based Economy” group at the National and Technical University of Athens. George holds a B.Sc. in Informatics and a M.Sc. in Information Systems from the Athens University of Economics and Business.
Coordinated by George Karamanolis, Crowdpolicy is a leading company in the fields of civictech (innovation in gov technology) and fintech (innovation in financial transactions) in Greece & Cyprus. Currently plans the technological and business scale up of its services for 2019 for the Balkans and the Italian market.
George is also elected chairman of Hellenic blockchain Hub, a non-profit organisation aimed at the dissemination of knowledge about the blockchain and DLT technology in Greece for private and public sector.
His main interests include #fintech, #civictech, smart cities, OpenData, Open Government, #blockchain – DLT projects and CrowdX initiatives in a global context.