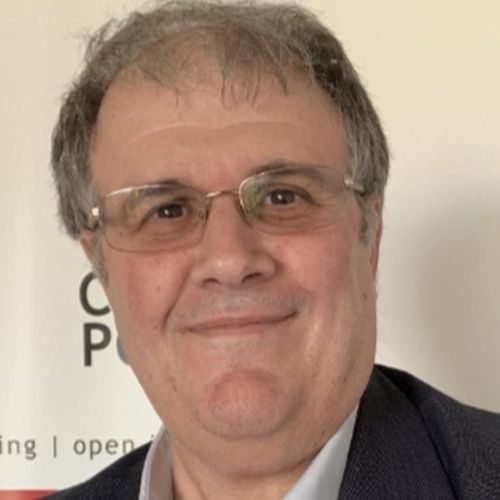 Marinos Xinarianos is working at Crowdpolicy since early May 2019 as a Digital Innovation & FinTech Expert, in the context of developing innovative financial services systems and services.

He started his career in ICL HELLAS in 1985, and until 1991 he was responsible for the implementation and support of applications in the field of ERP and Retail Sales Systems (ePOS). From 1991 to 2008 he worked in the INTRACOM group (INTRASOFT, INTRACOM IT SERVICES) in various positions responsible for the implementation and management of projects in the Financial Sector (Banks, Insurance Companies) for organizations in Greece and abroad.

From the beginning of 2017 until April 2016, he worked as a Digital Services Senior Advisor of Attica Bank’s Digital Services Division, responsible for implementing strategic projects of the Bank with regard to its digital transformation, including projects in the areas of Electronic Banking, Electronic Payments.

He is a graduate of the Business Administration of Piraeus University, member of PMI Greece and holder of the ITIL Foundation Certificate. Also He is one of the founding members and General Secretary of Hellenic Blockchain Hub (http://blockchain.org.gr).